After receiving an Ocrevus infusion Friday, I had a really good day Saturday. This might have just been a minor steroid high, because by Sunday I felt like I'd been run over by a truck before being poisoned. In the best moments I felt fatigued, and at the worst moments I thought I might actually faint, even though wasn't doing anything more strenuous than sitting on the sofa thinking about my dying B cells. When I was able to sit upright I hit the internet where I a) connected with the Ocrevus Facebook group and b) learned that the correct term for what was happening in my body is "B cell lysis."* And technically the cells are not being killed, but "depleted." Whatever was going on, it made me feel like absolute crap.

Everything I've read from both scientific articles and patient stories indicates that the worst side effects of Ocrevus hit in the days after the first half-dose infusion, and that a dramatic number of B cells have been murdered gone through lysis by two weeks after that first infusion. In fact,  according to my neurologist, the drug begins its work within 2 hours of the first infusion. The second half-dose bats cleanup to make sure the job is done.

The gross faint feeling, nausea, and mild balance issues mostly abated over the extended Labor Day weekend. Tuesday I was back in the office. Thursday I had an incredibly busy day at work that kept me on my feet and moving constantly. By Friday night I was having dinner with friends and feeling almost normal, but an "MS Hug" was creeping up on me. I awoke early Saturday morning to the now-familiar feeling of a boa constrictor wrapped around a muscle spasm in my torso.** I have learned by now that the feeling of constriction will not actually prevent me from breathing, so that allays the panic somewhat. The pain, however, is The Absolute Worst. It makes me writhe, looking in vain for an more comfortable position. A heating pad can help a tiny bit, but people with MS overheat very easily, which makes it all worse, so a nice hot bath is out of the question.

For the most part all I can do when The Hug strikes is stagger to get a Baclofen, shoot it down with water from the bathroom sink, and try to distract myself until the drug takes effect. This morning it only partly worked; after an hour I was still fairly uncomfortable, but decided I had to get out of bed because there was a really good yarn sale across town (priorities). I took two Baclofen (for a total of 20 mg) a few weeks ago, and felt hung-over for 24 hours. It takes very little to induce Baclofen withdrawal effects, it turns out. Some people take Baclofen constantly, either by mouth or through an automated pump, but I just can't face the idea of another regular medication right now. I'm worried that I'm headed that way, though, as I find myself using Baclofen not just for muscle spasms, but for neuropathy (the feeling of a million bee stings at once) in both legs.

Just this moment I paused my typing to do a systems check, and found that my only real discomfort  at 11:57 am EDT on September 9, 2017, is a burning right foot. It feels either hot or cold; I can't tell. The burning right foot was my first noticeable symptom of MS when the period of illness that would lead to diagnosis began back in January of 2017. So at this point, for this moment, I'm doing pretty well. But that could all change in the next 15 minutes. Such fun!

(With credit to Miranda Hart)

*I assume that if "lysis" means cell death, it is the root of the brand name "Lysol." I am terribly allergic to Lysol products. While I know I was not injected with Lysol, somehow the idea that both lysis and Lysol make me feel like I'm dying seems appropriate.

** I have great empathy for this woman with a boa constrictor stuck to her face. I too felt like calling 911 to tell them I was being squeezed to death the first time I experienced The Hug.
Labels: baclofen chronic illness medication MS Hug multiple sclerosis nausea ocrevus steroids treatment 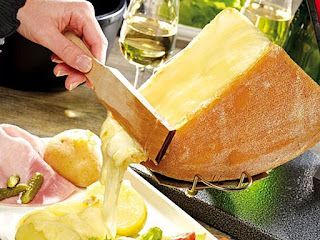